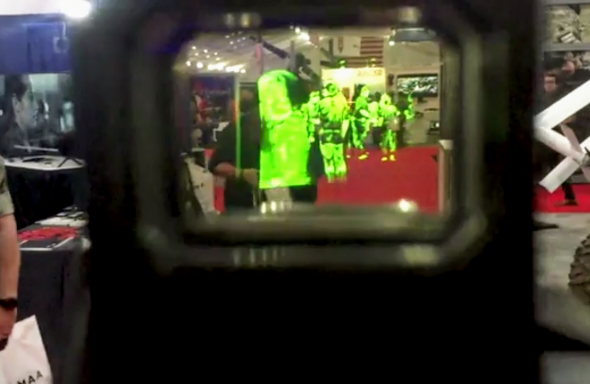 Steiner Defense has recently showcased their new CQT thermal red dot. This optic combines a red dot with a thermal optic overlay. This is pretty exciting stuff and I hope it makes its way to the civilian market.

I for one, want to feel like the Predator as I shoot my M&P Sport at dirt clods baking in the South Texas sun.

Video at Military Times… It’s worth a watch.

← The HoloSun HE403R-GD “Gold Dot” Review: Worthy of a Gold Star?
Upgrades for your AR15 that you didn’t know you needed… →
Scroll Up