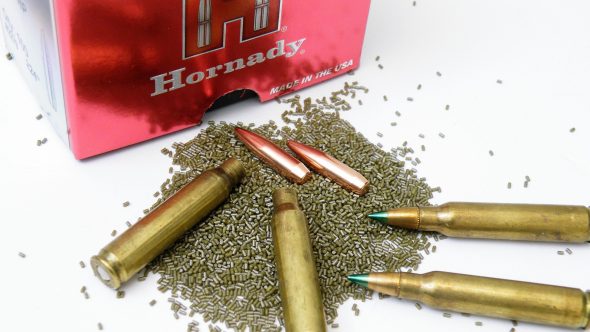 Wish there were more BDC options for a 20 inch gun? Don’t we all. One of the reasons I sold my TA31F was because the only load I could map to the BDC was a 60 grain Sierra flat base. That load managed to adhere to the BDC very closely, but as I learned more and more about my rifle… I gradually moved to heavier loadings. These heavier pills are typically more accurate and less likely to deflect against the wind… heavier projectiles really sing when fired out of a 20 inch AR15.

The difficulty and frustration of a fixed BDC optic can became an anchor around a shooters neck! As we progress towards more experience and knowledge, we want to navigate to better bullets and then dabble in art of reloading. Custom loads are best suited to mil-dot style optics, but that said, the allure of a simple optic with a simple BDC is something I have never fully gotten out of my system. I just hate the loads they are typically calibrated for. SS109 makes me feel like I have wasted money on my equipment when it only performs to 3 MOA. As a rifleman, we study the things that will help us get hits. SS109 isn’t even on my radar. It Sucks.

On the other side of the same coin, the 20 inch gun  just isn’t that popular any more… and now even the Marine’s are abandoning it. Less optics are calibrated for our beloved 20 inch AR15. What’s a rifleman to do?

A rifleman does rifleman things. That’s what.

Many of you know about my favorite load. This load isn’t the most accurate load I have developed (that crown belongs to the 52 ELD match), but for a rifleman it is plenty capable.

My recipe is a 75 grain HPBT bullet (hornady bullet part no#2279) with my favorite powder (24 grains of Varget) over a CCI #400 primer. This gives me a load I have used from 0-600 with no sweat. This load flies at around 2680 FPS. Is it as accurate as other loads I have experimented with? Unfortunately no… it’s been a 1.5 MOA load at best. I am experimenting with this load to further it’s potential, but ignore that for now. I know other shooters have brought this bullet down to 1 MOA, so don’t be afraid to experiment with powders, seating depth, etc.

What this load does quite well is match the trajectory of the M4 carbine and the M16 Rifle shooting SS109… and that opens up a whole new world of optics options to my beloved 20.

We have to understand that the 5.56 has some ballistic overlap between projectiles. Regardless of which load you choose, you are limited by safe pressures and the laws of physics. Each load you build up will follow a path to the earth, and that ballistic curve can often match part of a very different projectile’s map during a certain portion of bullet flight. Regardless of which load you choose, its going to be pushed along with the same 55K PSI chamber pressure. Longer bullets are more aerodynamic and retain more speed, but they start the race late. Lighter bullets zip out quick, but physics take over and they begin to lose speed quickly.  It’s an envelope we can’t bend enough to escape from without going up in case capacity. This envelope will keep two very different bullets on a similar ballistic map if we work out the details… within reason of course.

So let’s take a look at the 75 HPBT matchup:

The TA01-NSN with its M4 Calibration yeilds good results. At 600 yards, a belt hold would be necessary as the higher BC of the Hornady load starts to become apparent after 500 yards where its BC keeps it flying flatter.

What about the ACOG RCO… the famous Marine Combat Optic? Even Better results:

A 50 yard zero with the hornady load gives us a longer MPBR on the chevron and begins to closely match the BDC of the A4 RCO. At 800 yards, a belt hold would again be the appropriate hold for a KD B27.

So you can see that the load melds two trajectories together very efficiently to a point. Altitude is not too much of a concern, as these are calculated at 59 degrees and 300 meters above sea level. At colorodo elevation, the BDC matches well to 600 yards before the thinner air causes the bullet to lose calibration.

The TA31 RCO is an excellent candidate for this load due to the use of a 50 yard zero and a BDC match down to near 800 yards.

2680 FPS 10 feet from the muzzle, the 75 HPBT from hornady matches the ballistics of the M4 fairly to 600 yards. Past that, the superior BC helps it cover more ground before dropping as quickly as the SS109. At 700 yards, we have 1 minute less drift when comparing rifle vs rifle SS109 vs 75HPBT.

This is a useful load for shooters wanting a Rifle BDC match out of M4 / SS109 BDC, but without having to utilize the ho-hum SS109 loading. It will also give you a slightly better profile in the wind compared to the 62 grain green goblin, along with a fair increase in downrange energy. Many BDC optical products are based on the 62 grain SS109 projectile launched out of an M4. This isn’t very useful for rifleman who want to use a  heavier bullet along with the 20 inch platform. To combat this, rifleman must be a bit more creative with our reloads to match the convenience of a BDC but in a way that improves on the ballistics of the load it was calibrated for. Multiple powders can be used to acheive the target FPS out of this load, and your mileage may vary, but this load has proven versatile enough to adapt to both close and mid-range engagements while offering better wind resistance and more power down range. The TA01-NSN and other M4 BDC optics should map well to it to 600 yards, and conveniently the Marine Combat Optic fares even better by offering a 50 yard zero and a BDC match to near 800 yards.

If you found any loadings that closely mirror a popular BDC, please share them down below!