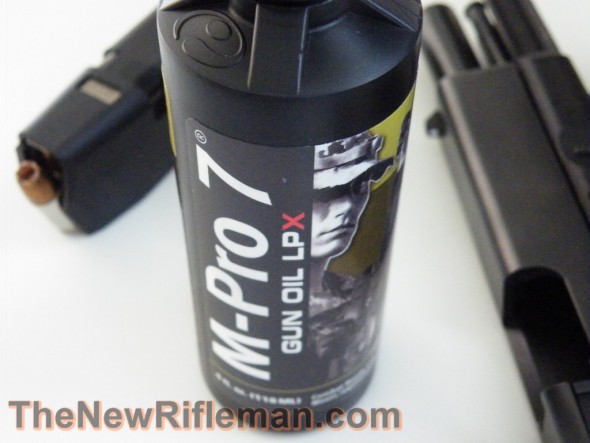 I was at Wal-Mart the other day perusing the empty ammo counter. Well,one thing they do have in stock is 12 guage slugs in case you swing that way, but what caught my eye was the gun oil selection. I found something called M-Pro 7. I purchased it instead of Break-Free to test it out. Looking at reviews online it appears it has a few fans. My initial thoughts are that it feels slightly slicker than Break-Free CLP. I have high hopes that it can live up to expectations and out-perform CLP. I will be testing this stuff out in one rifle to compare to another using Break-Free. Hopefully results will be noticeable after a few months.