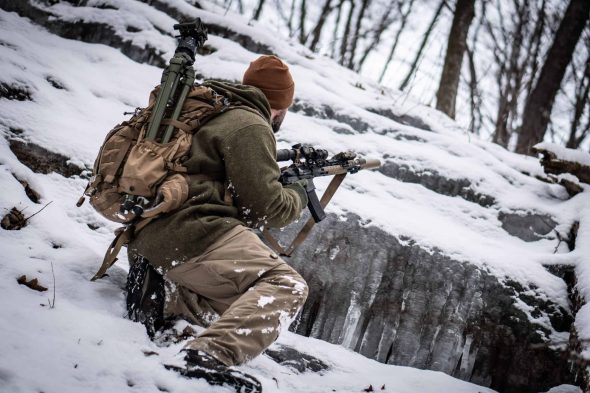 Criterion is one of the first companies to send me a barrel for T&E. Back when their quality was based on word of mouth… shooters described *impressive* performance out of this new barrel maker. Chrome lined, match grade accuracy was a big selling point.. after all who doesn’t want a barrel which is both tough as nails and accurate to boot?

In 2020, Criterion is a known quantity in the high performance barrel arena. Today Criterion launched the next evolution of their barrel line known as the “Core” series. In their media release, they note that the profile of the barrel is optimized by what they have learned from the bolt gun arena. Indeed, it looks like a popular bolt action barrel profile. Note the lack of heavy steps in the barrel. Gone are the heavy shoulder where the barrel diameter steps down to .750… it’s now a thin shoulder with just enough lip to ensure your gas block has a factory reference stopping point. Criterion describes the barrel below:

The CORE Series feature a modern, continuous taper profile that eliminates steps and harsh variations in diameter. The steel is redistributed where it is needed most: surrounding the chamber. Added weight over the chamber absorbs heat evenly during hard use and moves the balance of the rifle closer to the body for increased control. This is optimal for maintaining balance when used with modern accessories like Low Power Variable Optics (LPVO’s), weapon-mounted lights, suppressors, clip-on night vision devices, and IR lasers; these components boost the capabilities of the rifle, but can hinder the shooter’s performance by increasing front-end weight. The front end of the CORE Series remains light and fast for better handling, balance, and speed. – Criterion Barrels

From a shooter perspective a lighter front end will certainly help with the weight distribution of today’s modern front end equipment heavy guns. Here’s hoping that the product refines and exceeds the expectations set by the Hybrid line of AR15 barrels.

The Criterion CORE barrels come in a variety of lengths and gas system lengths and cover the bases of many popular builds. Check it out at Criterion here.

← The Marines are Replacing the ACOG with… The VCOG
The AR-k, a Do It Yourself LaFrance M16k Clone Retro Project →
Scroll Up