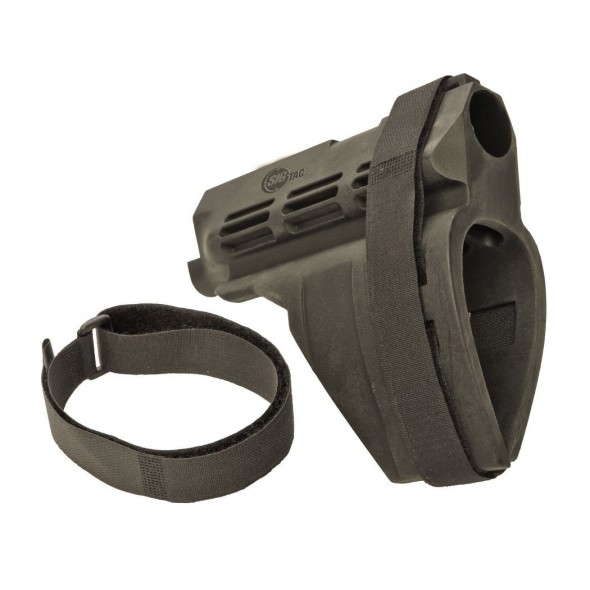 (Update: see the comments for an update on this case. Thank you Jbob for keeping us informed as to the ongoing legal situation)

What would happen if you were falsely accused of road rage? What if the accuser said you brandished a weapon? What if you had a AR15 pistol in your possession and that item played a role in a 30 month sentence?

It happened in Arkansas.

There was a comedy of errors involved in the following case. Let me preface this in saying in no way, had I sat on the jury, would I have allowed him to be convicted on this charge.

Here is a link to the charge.

After a call to the local police by the “victim” accusing Justin, the now convicted, of brandishing a Glock, the police located Justin’s vehicle at a nearby eatery where they conducted a warrant-less search of his vehicle. In the vehicle they found a AR15 pistol with a carbine buffer tube, a supposedly attached butt-stock, and a M16 fire control group installed on the pistol (but no auto sear) in a bag.

Seems pretty clear cut doesn’t it? Justin had a M16 / Unregistered SBR in the bag, but there is more to the story…

According to friends telling us this sad tale over on AR15.com, the convicted is a straight laced guy who was a bit too lackadaisical about his firearm and the potential for trouble that existed with his gear. According to the sources from ARFCOM, the convicted brought two lowers to the range for troubleshooting a finicky upper receiver. It’s unclear the exact configurations, but from what can be surmised is he had at least one carbine upper and one pistol length upper. He had two lower receivers in the car, from what I can tell, one was a pistol configuration, the other a rifle. The convicted had attempted to troubleshoot his gear at the range, but was not sufficiently prepared for the problems he encountered with law enforcement and the various parts / configurations present in his vehicle.

Local law enforcement received a call whereby the convicted was accused of brandishing a Glock during a road rage incident. He was later located at a eatery and his vehicle was “inventoried” without his consent. A LEO produced a unregistered SBR which the convicted stateed that it was not in a SBR configuration when he put it away in the range bag (as in the pistol and carbine buffer tube equiped lower receiver DID NOT have a stock attached). The police also noted that the safety flipped 180 degrees… and here is where more trouble starts; it was a M16 fire control group. Without a third hole, the gun would not fire automatically, you and I know that… it can potentially slam fire a few rounds, but this is unsafe and unsustainable as it could cause a kaboom. We know this, but does a jury? Luckily the machine gun charges were tossed out.

Let’s assume Justin was innocent of any attempted wrongdoing. Let’s assume that he had everything disassembled properly and the cops are the persons who actually created the short barreled rifle. That he didn’t order a M16 FCG to try and play with full auto. There was actually no GLOCK produced from his vehicle so the accusation of pointing a gun was never proven. What can we learn?

There is lots of grey area here. I am sure we cannot assume the convicted is simply not guilty of anything. The police claim they found the pistol assembled with a rifle buttstock in the vehicle, where as the convicted claims it was separated in a bag from the stock. The problem is that law enforcement could easily mishandle your gear and create illegal configurations. Your word against theirs. If his pistol was brought to the range with permanently attached sig brace, or another such product which couldn’t be easily dissembled on the scene, he would have been free and clear after producing the ATF’s compliance letter regarding such braces. Or he could have gone full monty and had it registered as a SBR.

Having a carbine buffer tube on a pistol lower permits anyone to easily install a butt-stock which is just sitting around and thus they create a SBR. It may or may not have been the convicted’s fault. Cops said it was this way, convicted said it was that way. Wronged or not, it cost him a 30 month sentence.

Don’t play fast and loose with AR15 components. Don’t give any credence or instill any doubt to the prosecuting attorneys arguments.  Get it registered, and keep things apart. What if you had a pistol upper and lower, and a rifle upper and lower, disassembled in your range bag? If law enforcement put each back together the wrong way, how will you defend yourself? I don’t own any AR15 pistols. Legal as they are, they look like they can add a bit of trouble to your life pretty easily. I did have a SBR, but that was sold last year. I own pistols that are pistols, and AR15’s that are rifles. I have nothing in my possession that would permit illegal configurations.

Best of luck to the convicted. He is attempting legal means to get the charges dropped. If I ever sit on jury duty for such a case where a “victimless crime” NFA violation occurred, I would let him / her walk, because I am a believer in the Second Amendment and “shall not be infringed”. We all can’t count on a gun knowledgable or friendly jury though. Be careful out there team.

← The Rifle Vs. The Carbine: Data Points
The Ultimate Guide to Iron Sights Ver 1.0 →
Scroll Up