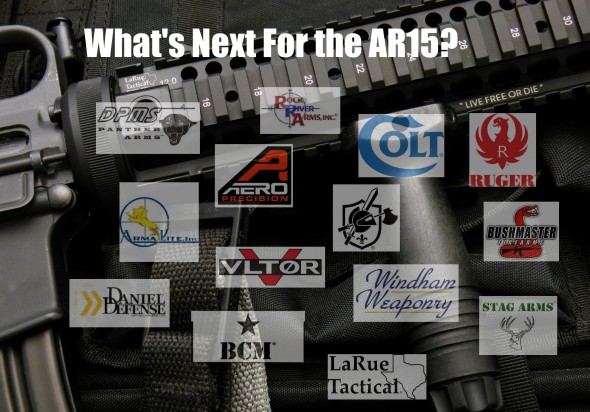 It seems only a few years ago when I got my first AR15. It’s actually been over a decade since I purchased that Bushmaster AR15 from a relative down in Texas. I waited with bated breath as the assault weapon ban just fell out of existence. Suddenly, we could outfit our post ban guns with muzzle devices, telescoping stocks, and all the other cool stuff we should have rightfully had in the first place. At that time there were a few upgrades you could get: Free float rails were tubes or a tubes with quad rails on them. There were a few manufacturers selling components to the military and some of these items eventually trickled down to the civilian consumer… and then the war on terror began heating up and interest in the black rifle among civilian shooters caused a technology and engineering boom for the AR15 that has been unparalleled in small arms manufacturing… ever.

The high demand for the AR15 and accessories on the civilian side is mirrored on the government side. Manufacturers from all over the world compete to get their product bolted on to our military’s M16s and M4s.  The choices available to the government and consumer for AR15’s and associated equipment is unprecedented in the firearm industry. There is no single firearm in the history of the world that has had as much aftermarket support and possible configurations as the AR15. Our civilian demand has only benefited our nations military as we spend countless dollars with companies who turn that money into research and development of new tech for our war-fighters.

The question now is… will it last? What will things look like five years from now?

The panic is over. The market is flat. The endless sales of AR15’s for around $599 (watch those quality indicators folks, a good gun still costs more than that!) and that  Wal-Mart also sells AR15 parts and accessories tells me that we are near market saturation. Where did all these manufacturers and equipment makers come from?

As the war on terror winds down, many machine shops and aerospace companies around the US are looking for ways to keep their machines turning out a product. If the military isn’t buying new high-end machined widgets for jetfighter X or program Y, then what does a ISO 9001 certified company produce? Whats hot right now? The AR15.  Think about that for a second. Companies such as Abrams Airborne Manufacturing (VLTOR), Aero-Precision, Mega Machine shop, and Lancer Systems are just a few of the big players who are using aerospace engineers to develop parts for your favorite rifle. Friggen aerospace engineers (!) are working their engineering and machine magic to equip the lowly civilian shooter with the best small arms accessories and design advancements in the history of the world. Many other smaller machine shops around the nation have also jumped into the game, and there are plenty of innovators outside of the aerospace industry.

Vltor’s Parent Company: All this engineering might can be bolted on to your rifle right now. Many aerospace companies are producing AR15’s and accessories on the side and we reap the benefits.

You have 15 different choices of magazine, hundreds of rails, an endless sea of receiver styles, open source accessory attachments, and high-end equipment that is simply unheard of. All of this is awesome but… not all is rosy. We are going to kill a few companies with the bounty.

In a Tough Spot

This manufacturing pressure places other companies in a bad place. Gun companies such as BCM, Colt, Bushmaster, Windham, Rock River Arms, Armalight, etc. are placed in a hyper competitive environment. These companies are, largely, gun companies. It’s what they do. They can’t just say “put a hold on the AR15 division, we just got a contract from Boeing… ” like the engineering / machining companies can. As such, they have to compete in a very diverse market and the capital from R&D has to come from government contracts and civilian sales. As civilian sales slow, I am worried that we may lose a few good companies in the coming years if things stay calm politically. Some companies will move on to other designs and sell other styles of firearms, but those without the flexibility to do anything but produce a generic AR15 may be in big trouble.

I predict a falling away of many of the small boutique brands and parts assembly brands. I won’t name names here, but the ARFCOM industry forum is littered with companies both big and small. If they don’t make something unique, or don’t have the right branding (and lets face it, buying a “cool” brand moves rifles) then good luck. The market is quite hard right now.

Companies such as Larue (and many, many others) have re-engineered the weapon to lower parts count while maintaining modularity. How much further can we push Eugene Stoner’s design?

Where Will Things Go?

The market will correct itself, and the supply will stabilize. Whatever big players are left will be in a cost, brand, and engineering war for your money. For the most part, I think we have all the engineering in place that the AR15 can possibly receive. We have monolithic, polylithic, and the new BAR style receivers hitting the market. We have add-a-rail modularity in place. We have incremental design improvements from things like LMT and KAC’s redesigned bolt groups, to mundane things such as anti rotation trigger pins. Other than materials and weight, I don’t see any new designs that will represent a breakthroughs in AR15 evolution. I believe the AR15 design will get a wee bit lighter, but from this point out most design improvements will be incremental.

The Shot Show will get a little less exciting for the AR every year hereafter. The accessories market will make great strides as integrated light, laser, IR systems trickle down to the consumer. More electronics integrated into optics will permit on the fly ranging and calculation in durable consumer level items. I also suspect we will see technology adapted more seamlessly into the rifle. If companies get bored, they may start to integrate powered rails into the system to test the market. One battery powering all lights and lasers through a single source is something companies are working on now.

One item that would greatly benefit the AR15 community would be if Knights Armament went open source with their patented E3 bolt. In my opinion, the E3 bolt is a long overdue design improvement on one of the AR15’s weakest  components… the bolt. If we adopted this bolt industry wide, the AR15 would only become an even more reliable platform. Likelihood of this happening. About zero. We can dream can’t we?

So where will things go? Accessories, night vision, and other electronics are going to be a big deal in the next few years… that’s my prediction. The gun can’t be pushed much further and still be called an AR15.