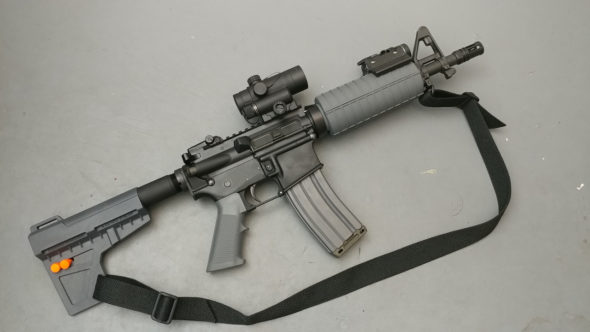 A parable for the poors:

A KAC/Hodge/etc is like driving a Porsche or (insert high-end car here). It goes from point A to B reliably. The driver obeys the local laws. It cost much more. It is a car for people with great wealth or a car for people who make poor financial decisions.

In your day to day life, there is an insignificant chance you will use either the Civic or the Porsche in a life or death race… you simply go from point A to point B Monday through Friday.

If the day comes where you must race your Porsche or Civic in a life or death race… It will be vitally important that your choice of the car starts reliably. When the race begins, the announcer says that the race is a drag strip seven yards in length. The only thing you need to do to survive is to start your engine and cross the finish line.

The Porsche crosses the line first, but the owner is pissed because 99 percent of the power, engineering, cost, and luxury were left out of the race entirely.

The Civic owner was sad that he was slightly slower but was ultimately relieved that his car started and functioned as designed.

Both cars were seized by authorities after the life or death race pending an investigation into the incident. The Porsche owner was rightfully pissed. The Civic owner said “ok” and his wife picked him up in the spare Civic they got during a Honda BOGO sale.

Buy what you can afford, shoot the piss out of it, and enjoy the sport. In all likelihood, you will never pick up your gun in anger… however it’s sure a nice feeling that your gun can bark fire if lightning strikes and things go south. Don’t look down on a budget rifleman who knows his rifle. If you can afford nicer rifles, don’t snub those who can’t. The more “normal” people who have a black rifle in their hands the better.

If you need a 10.5 inch shorty like the lead photo because I know its hot… don’t worry. I got you boo.

← PSA 10.5 Pistol Kit Review: An AR Pistol Build on a Budget
A Rifleman’s Guide to the ACOG →
Scroll Up