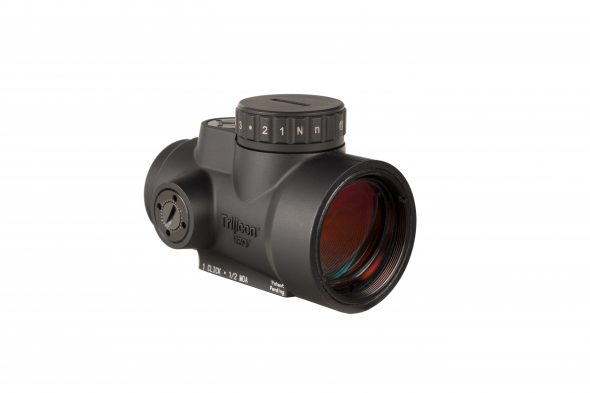 Trijicon’s standard MRO is a go to for a quality red dot at an affordable price. Retailing about $380 to $430 the MRO has been well received in the current market.

Author D.S. really likes his vanilla MRO as he just wrote about the value proposition a standard MRO brings to the table.

The new HD version introduced at SHOT has some nifty new features, such as a toggle for single dot or circle dot reticle, and compatibility with a new magnifier… But at what cost?

MSRP is $919 so expect it to be a few hundos cheaper on the street, but at that price point Trijicon is still possibly charging a few hundos more than a standard MRO.

So long as they keep both models available for the two price points, I think they have a place for consumers, although multiple reticle solutions are becoming more common and at lower price points. Yes, I am talking about HOLOSUN.

We will see if the juice is the still worth the squeeze for the updated MRO-HD.

Check it out at Trijicon Here.