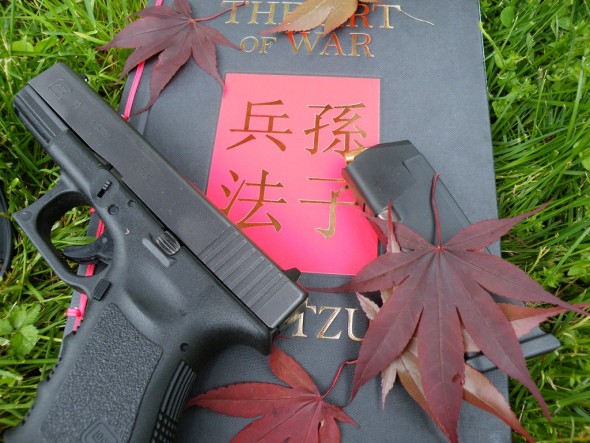 Many years ago I was involved in a School of Kung Fu in Texas. My little town was fortunate to actually have high quality martial arts instruction. At the time I also enjoyed firearms.

I found out real quick that firearms were a touchy subject around my classmates. There was a massive disconnect between me and everyone else. The majority of students hated guns. The hate was largely a philosophical issue. The hate was directed towards the technology that could decimate them in spite of years of grueling physical conditioning.

I get it. I can understand their grudge against guns. Years of hard training could be destroyed by a five-pound trigger pull from a thug who catches you off guard. That’s a hard pill to swallow.

Kung Fu: Acquired Skill. A wording which encompasses the dedication to master an art, commonly applied to the martial arts.

Martial artists who don’t dabble in modern weapons are putting themselves in an odd place. They prepare themselves for combat yet hold prejudice against the tools of truly modern martial arts. Perhaps that’s partly our fault too. The majority of the gun owning American community don’t train for more than a static target range. Punching holes in paper is the depth of most gun owners commitment to mastering their weapon.

There is where the disconnect lies. Martial artists don’t view the majority of American gun owners as disciples of their weapon. They view the gun owner as someone who lacks the discipline to achieve what a dedicated martial artist works so hard for.

Yet, having one look at the skill of someone like Jerry Miculek and any warrior of any bygone era would realize that he has reached a level of Kung-Fu with his weapon that commands a deep respect. The training and commitment of a master pistol shooter or a dedicated rifleman leaves no doubt in my mind that we have true martial artists among our gun community.

So many more can be unleashed.

Introducing a fellow gun owner to the next level of training or competition opens many mental doors for them. Opening their eyes to the capabilities of the weapon in their hands will allow them to see the cutting edge that firearm really is.

Martial artists and gun owners could learn a whole lot from each other.

← Spring Cleaning
Keymod vs M-Lok: Which Will Set the Standard? →
Scroll Up