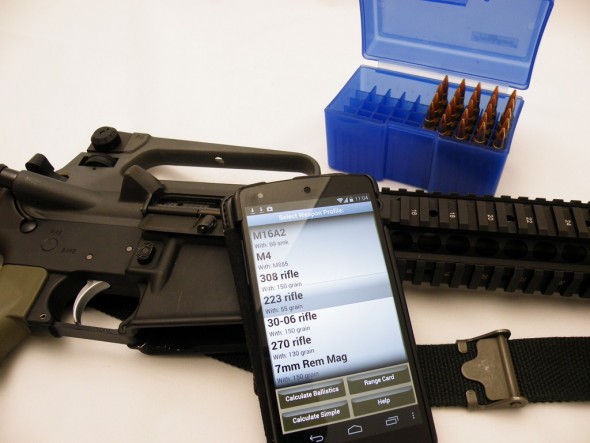 Playing around with my calculator a while ago led me to an interesting combo. As many readers know I like to keep M193 around for quality blasting ammo and then I shoot my 75 gr reloads as a alternative / more accurate product to shoot for matches and the like. It’s a great combo that keeps things simple for me. Both bullets are good at what they do, the m193 being a great blaster ammo that’s hot enough to be used defensively and the 75 grain stuff is great for when I want to shoot longer ranges, and yet it has better terminal effects for defensive use than M193. In a ideal world I would have pallets of 75 – 77 grain ammo but that stuff is expensive and reloading takes up lots of time in a non air conditioned room in the garage.

For the sake of argument is there anything particularity special about M193 and 77 grain bullets? Why not 62 grain green tip and a 69 grain pill? Or why not Wolf 55 grain and 77 TMK?

Believe it or not, there is a very specific reason I chose M193 and 75 grain bullets for my reloads. It is something I stumbled upon as I studied the BDC of my Vortex Razor HD II. The JM-1 BDC reticle was a curious reticle in that it was developed for Jerry Mikulek’s favorite loading. Using STRELOK, I determined that a 75 grain bullet at 2650 FPS would be a nearly PERFECT match to the reticle. Since I wanted to keep a stockpile of blasting ammo, I chose m193 but began to notice something. These loads were pretty much both usable with the JM-1 BDC reticle so long as the M193 was zero’ed at 100 yards and my 75 grain pill was zero’ed at 200 yards. Not a PERFECT match, but close enough to use the JM-1 BDC for either projectile.

My 75 grain Hornady at 2650 FPS loading matched the JM-1 BDC almost to perfection. M193 was also quite useful with this optic as well. hmmm. Can we do better?

Well, as with most things, my findings have further changed my plans. I experimented with both 55 grain M193 and 77 gr Sierra Tipped Match King and found that they are right on top of each other in trajectory. It’s almost freaky. Using the same plan of a 100 yard zero for M193 and a 200 yard zero for black hills 77 gr TMK we can see that these two projectiles are perfectly balanced with each other to around 600 yards: the low BC 55 grain bullet travels so fast that its velocity keeps it even with the slower but more aerodynamic 77 gr TMK.

This is even more exciting than my own 75 grain loading vs M193. These two projectiles are perfect dance partners for dope cards… in that  you can print a dope card for M193 and use it for 77 gr TMK out to 500 yards these two rounds stay within near an inch of each other. At 600 yards the M193 begins to lose its heat, and it drops around 6 inches vs the sleeker 77 grain bullet… but that’s still within my acceptable range of error. The only change I need to make is to go up 2 clicks to a 200 yard zero before I start adding vertical clicks from my dope card.

So its nice that these two projectiles match in vertical drop, but what about horizontal wind adjustments? The easiest way to simply add another column to your dope card with the 77 grain data in place. The quick and dirty method is to use the M193 data and simply subtract a minute from 200-300 yards of windage, and from 400 to 600 yards subtract 2 minutes of windage for a 10mph crosswind. I really like the combo of 55 grain and 70 + grain bullets, even more so now that I see how closely M193 and 77 grain TMK’s match in trajectory.

M193 doesn’t get enough credit as a flat shooting round. The Achilles heel of M193 is the low BC which makes it lose velocity fairly quickly and makes it sensitive to wind. The 77 TMK helps alleviate those problems.

It’s nice to know that I can use two very different bullets for distinct purposes and still remain confident in my dope and my rifle. Keep things simple, look for patterns, and find loadings that compliment each other so as not to cause you confusion. The only problem is that Black Hills 77 grain TMK is expensive as all get out… about 1.20 a round. OUCH. So now the goal is to develop a load that nears the performance of the Black Hills 77 gr TMK. Even if I don’t change my powder, the match between M193 and my current loading and using a 77TMK vs the 75 OTM I am using now will tighten further.  EDIT: Well I played with some more numbers… and if I launch a 77 TMK at 2650 FPS it is inside an inch of m193 out to 700 yards. Wow. Boom Goes the Dynamite.

The match tightens when the 77TMK is launched at 2650 FPS which is where i am at with 24 grains of Varget over my current 75 grain loading. WOW.

← Gear Review: Lee Perfect Powder Measure
Kalashnikov Acquired: How Does One Modernize an AK-47? →
Scroll Up