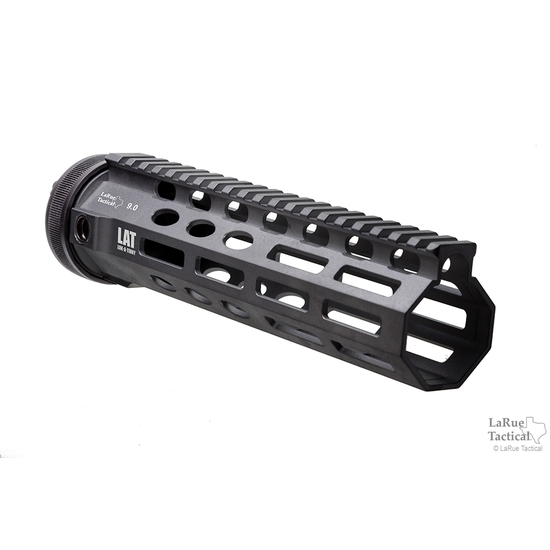 Larue has finally released a new set of handguards. Its been *at least* 12 eons since we saw a change in the Larue handguard lineup, but better late than never…

The Larue “Slick-a-Tinny” and “Lock-A-Tinny” are targeted at the budget minded buyer and they are priced $10 per inch of rail. You read that right.  A 11 inch rail would retail for $110 dollars. 9 inches? $90 dollars.

The rails just launched today. Check them out at the bottom of this page and scroll down. Add a MBT for $80 dollars more on to your order.

Hopefully we will have a tossabout review of these in the future!

Disclaimer: New Rifleman does not earn comission for the above link and Larue is not an advertising partner of TheNewRifleman.com

← The GG&G AccuCam: Up-Armor Your ACOG
Examining Changes to the TA01: →
Scroll Up