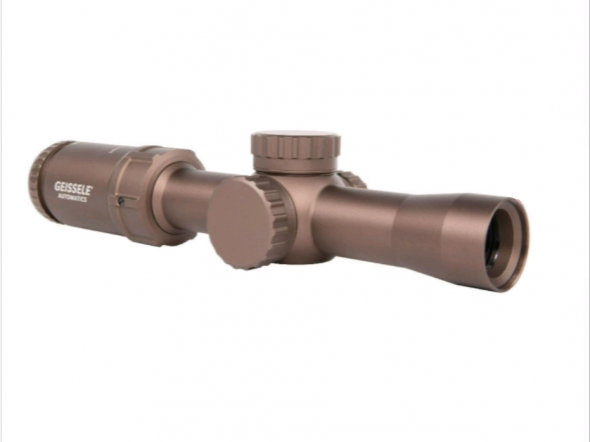 Oh jeeze. Geissele is getting into the optics game with a OEM from what is assumed to be Light Optical Works out of Japan. Featuring 1-6x magnification with low capped turrets and a basic MIL reticle, Geissele has jumped into the 2010 optics market with a splash.

While being made in Japan by LOW ensures the optic is likely to be quality, its feature set comes from a time where tide pods and ice bucket challenge were hot social trends.

It’s a confusing entry in a crowded market. What’s hot? 1-8 and 1-10 optics, intuitive reticles, lighter and lighter weight. It’s doesn’t stand out in any of those areas. On paper it looks disappointing next to a Razor HDII… Which now has a successor in the 1-10 HDIII… Which is still LIGHTER than Geisseles offering. What’s unknown right now is the illumination.

Is it red dot bright? To be determined.