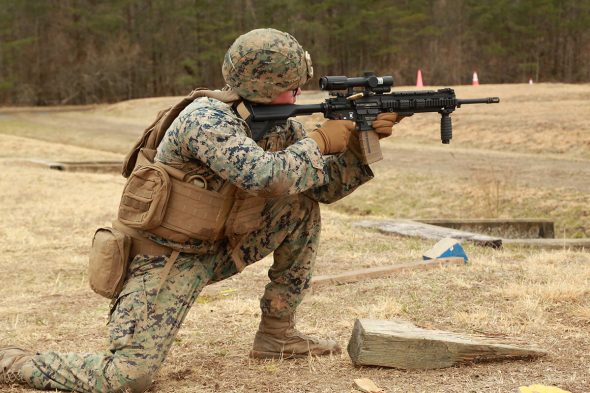 The Marines have awarded Trijicon a contract to produce the “squad common optic” which appears to be a variant of the VCOG from Trijicon.

The SCO is a magnified day optic that improves target acquisition and probability-of-hit with infantry assault rifles. The system comprises a noncaliber-specific reticle and incorporates an illuminated or nonilluminated aim-point. Because the optic is variable in power, Marines can identify their targets from farther distances than the RCO.

The variable continues to march forward into combat roles. The extra 4X over the standard RCO does result in increased hit percentages past 400 yards, but the penalty is weight.  With the extra 31 oz of the VCOG a loaded M27 becomes a 12 pound carbine.

If you want to read some more, visit the presser at MarCorsysCom here.